With the various health benefits of Cannabidiol, there is no wonder why athletes use the CBD in sports. By itself, the substance poses little risk of side effects, and CBD athletes receive numerous restorative effects from it.

What’s more, the cannabis extract in CBD products does all this without the adverse effects of conventional medicine. This has led CBD sports to surge, encompassing various games and leagues.

Cannabidiol (CBD), is a substance from the cannabis plant that turns into hemp oil. This liquid is the basis for most hemp-derived products nowadays. Years of extensive research have uncovered its potential as a health aid, possibly treating many diseases. As such, some countries and US states have legalized its medical use.

This legalization gave rise to the CBD trend across the United States and other nations. Now, people attempt to possibly remedy their medical conditions, such as chronic pain and anxiety. These products come in various forms like Drops, edibles, topicals, and CBD capsules, each inducing distinct health effects. Consumers may either get their fix from dispensaries throughout their streets or from online retailers. CBD sports restrictions have been prevalent in the sports industry. Due to the stance of the World Anti Doping Agency (WADA) on CBD, they tested athletes for it. After all, it is committed to keeping out substances that enhance athletic performance to maintain fairness in international sports leagues. It was only in 2018 that they removed CBD as a banned substance.

The anti-doping commission has allowed professional athletes to use this natural substance because of its potential healing properties. They have found it to be a relatively safer way to manage pain compared to most pharmaceuticals. Unlike the over-the-counter opiates and pain relievers, they don’t cause addictive and other adverse effects. It even helped with more expedient and sustainable muscle recovery.

Some sports leagues in the US also allowed their athletes to use CBD products. For instance, the National Football League allowed its players to use cannabidiol for pain relief. They suffered severe aches during games despite using painkillers, causing rampant use of controlled substances in desperation. By allowing CBD use, NFL commissioner Roger Goodell hopes to safely alleviate their pain.

Some smaller sports commissions like the Big3 basketball league have even followed suit. It’s founder and CEO Jeff Kwatinetz said in a CBS Sports interview that he hopes for its widespread use.

In contrast, some sports commissions still prohibit its use. For example, the NBA still keeps players from using products containing cannabidiol.

CBD sports regulations remain tight in numerous sports since it’s difficult to procure products solely containing cannabidiol. Many products still contain other cannabinoids, so CBD in sports is still banned by other regulatory bodies. For example, because the United States Anti-Doping Agency (USADA)recognizes this dilemma with CBD, athletes follow its strict cannabidiol regulations. Benefits of CBD for Athletes

Cannabidiol still has the potential to maintain athlete health and performance. As it might help regular people with their medical conditions, it may also hold potential for players, too.

Some sports leagues found that athletes recover faster after taking cannabidiol. This has enabled them to keep competing in their chosen game.

This substance has shown promise in boosting the Immune system. Scientists have found naturally-occurring cannabinoids in the body that regulate its homeostatic balance.

Since cannabidiol is also a cannabinoid, it may possibly benefit the immune system as well. The substance possibly functions similarly, enhancing people’s immunity. 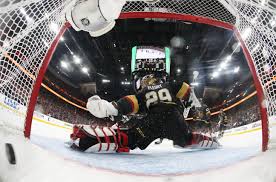 Throughout history, marijuana has relieved chronic pain. Nowadays, people rub CBD Topicals to soothe aches, since it reduces inflammation in various trials. As discussed previously, CBD in sports now trends because of it. Due to these effects of CBD, athletes now use it, spurring the CBD sports trend.

People commonly try to use CBD products for anxiety and depression as it can induce relaxation. In turn, this helps folks mitigate their stress levels as it might help in minimizing anxiety and even depression.

Some recommend taking at least a capsule of cannabidiol every day to feel more relaxed. CBD products usually have carrier oils that also have stress relief properties.

Thankfully, some sports commissions allowed their athletes to use cannabidiol. The substance has a minuscule risk of causing dependence. Conversely, it might provide equal, if not, superior pain relief. Some players would recover quicker from injuries, so they continued performing for their teams sooner. 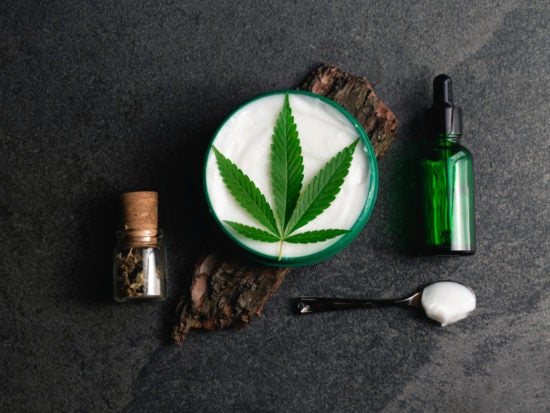 By taking CBD, athletes may even improve their muscle growth. As the elderly benefit especially from this effect of CBD, sports players may also experience the same effects. Research showed its potential to reduce cortisol levels and raise protein synthesis. Thus, CBD in sports may help athletes even enhance their performance.

Nevertheless, consult a medical professional before taking CBD products. Prior medical consultation will help you avoid unintended effects from cannabidiol and find products that suit you specifically. Only purchase them from legal outlets, and strictly comply with your state’s laws regarding CBD consumption.